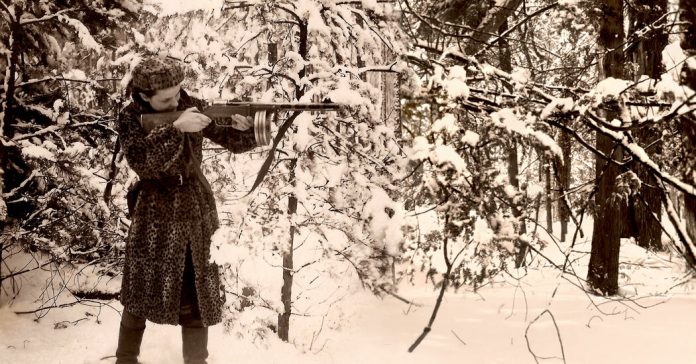 The Jews in World Battle II who fashioned resistance teams embody one steely-nerved survivor in Julia Mintz’s story-filled documentary “4 Winters” who says it greatest: “If I’m not for me, who’s for me?” The women and men on this harrowing however spirited movie took up arms within the forests of Japanese Europe to combat Nazis and their collaborators, dwelling to inform tales that may very well be fodder for film plots.

Mintz cycles via eight interviewees who recall missions to kill Nazis, as properly the day-to-day wrestle for survival. After the horror of seeing members of the family murdered — usually the top level for a lot of Holocaust tales — these civilians luckily escaped, and took the leap of studying to develop into troopers.

Everybody’s recall of tactical element is daunting: we learn to blow up a railroad, for one factor, and what to do with bullet wounds. One survivor, Faye Schulman, seems in a leopard-skin coat in photos, including an surprising contact of panache.

The talking-head close-ups convey greater than what’s spoken. Discover how a usually stolid Frank Blaichman flicks a glad look to the digital camera when saying the title of the large, powerful farmer they outfoxed. Gertrude Boyarski, a self-described “spoiled woman” earlier than the conflict, speaks with an particularly flinty gaze.

The movie’s deficits lie in its construction, which loses form because it goes alongside. It may additionally use extra details about its archival footage. However “4 Winters” provides an everlasting warning amid right this moment’s international wrestle with authoritarian forces: As one speaker explains, her neighbors had been already antisemitic earlier than the conflict, however with energy, they turned vicious.