Opening Old Wounds as the Man Who Warned About the Holocaust 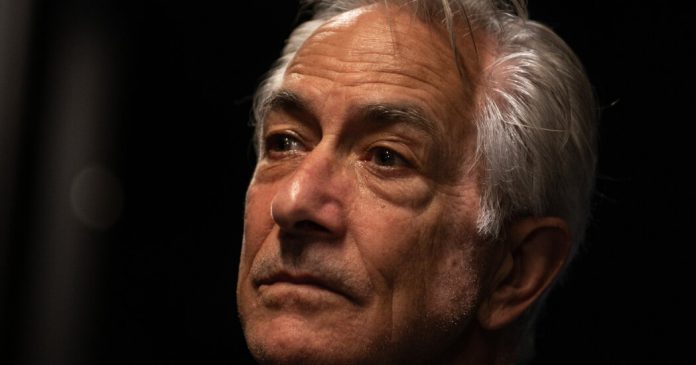 Hours into “Shoah,” Claude Lanzmann’s colossal 1985 documentary concerning the Holocaust, an urbane, silver-haired man sits earlier than the digital camera in go well with and tie, gathering his braveness to inform a narrative. That is Karski. He takes a breath.

“Now I’m going again 35 years,” he begins, a powerful Polish accent flavoring his phrases. However nearly immediately his poise crumbles, and he begins to weep; the reminiscences he’s being requested to faucet are too excruciating.

“No. I don’t return,” Karski says. Because the digital camera watches, he flees the room.

To Strathairn, who noticed the nine-hour-plus “Shoah” in a single stretch when it was first launched, that “microscopic second” within the film is “the portal into 35 years of silence.” Within the theater’s dressing room, glasses perched atop his head, he traced a timeline of Karski’s life on the tabletop — occasions that, in Strathairn’s thoughts, are all contained one way or the other in that transient, tormented little bit of movie.

Firstly of the timeline, Karski’s childhood, when his Roman Catholic mom taught him to inform her when he noticed “unhealthy Catholic boys” throwing useless rats at Jews, so she may do one thing about it. Subsequent his late 20s, in German-occupied Poland, when Jewish leaders sneaked him into the Warsaw Ghetto and a German focus camp, in order that he may inform the world what he’d seen taking place there. Then the numerous postwar years when, having written a ebook about his experiences, he now not spoke of them, whilst he taught for many years in Georgetown College’s Faculty of Overseas Service. Final, the chapter that started within the late Nineteen Seventies, when Lanzmann satisfied him that it was his duty to bear witness once more for “Shoah” — which, after that preliminary lack of nerve, Karski did, and stored doing elsewhere.

“Bear in mind This,” which opens on Thursday in Brooklyn and is scheduled to run by way of Oct. 9, was created as a multicharacter piece at Georgetown for a centennial celebration in 2014 of Karski’s beginning. Written by Derek Goldman, the inventive director of the college’s Laboratory for World Efficiency and Politics, and certainly one of his former college students, Clark Younger, who graduated in 2009, it was initially titled “My Report back to the World,” a phrase borrowed from the subtitle of Karski’s best-selling 1944 battle memoir, “Story of a Secret State.”