‘The Jump’ Review: A Seaman’s Story of a Daring Escape 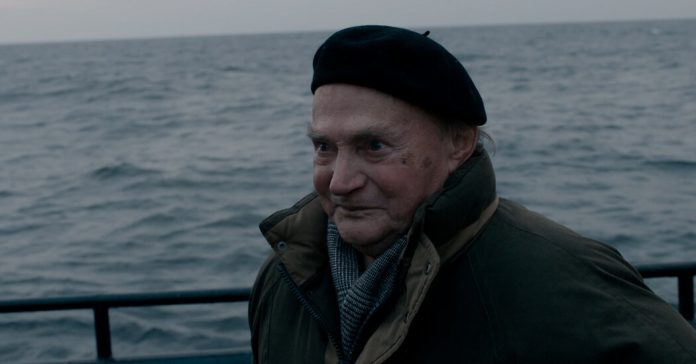 In its first half-hour, the documentary “The Bounce” brings a bracing immediacy to a 50-year-old Chilly Conflict incident. In 1970, a Lithuanian sailor, Simas Kudirka, jumped from a Soviet trawler onto a U.S. Coast Guard vessel off Martha’s Winery in an effort to defect from the Soviet Union. (The boats had been moored alongside one another for talks on fishing rights.)

The Soviet crewmen had been allowed to forcibly take away Kudirka from the Coast Guard ship and take him dwelling, the place he would presumably meet a chilling destiny. The episode led to protests in the USA.

To put out these occasions, the early scenes principally crosscut amongst three folks. Kudirka revisits the Coast Guard vessel he had jumped to a half-century earlier and energetically factors out what occurred and the place.

The director, Giedre Zickyte, interweaves Kudirka’s recollections with testimony from the ship’s captain, Cmdr. Ralph W. Eustis, and Lt. Cmdr. Paul E. Pakos, its government officer, to create a fluid account that reveals how the day unfolded from a number of views.

When the story shifts to the Soviet Union, Zickyte introduces a Okay.G.B. interrogator who recollects questioning Kudirka. The sailor acquired a 10-year sentence however was freed in 1974. Within the movie, Kudirka revisits a jail the place he was held.

“The Bounce” grows much less thrilling after that, partly as a result of Kudirka, its most partaking storyteller, was essentially within the background of efforts to safe his freedom, and partly as a result of his eventual launch owed extra to unbelievable luck than to a political breakthrough. Within the movie, Henry Kissinger recollects that President Gerald R. Ford instantly intervened on Kudirka’s behalf. “No skilled diplomat would ever have performed that,” he says.

The Bounce
Not rated. In Lithuanian and English, with subtitles. Operating time: 1 hour 24 minutes. Lease or purchase on Amazon, Apple TV and different streaming platforms and pay TV operators.