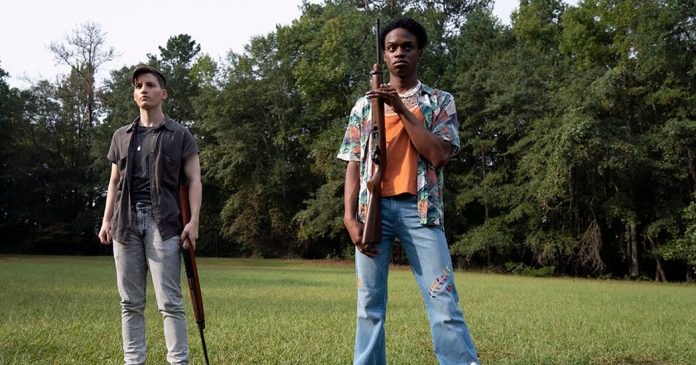 When Kevin Bacon first seems in John Logan’s “They/Them” as Owen Whistler, a counselor at a summer season homosexual conversion camp, he exudes an affable, ingratiating charisma that places the apprehensive campers cautiously comfortable. Slightly than coming off as a bigoted tyrant, Owen appears form and open-minded, using social justice terminology to vow that he doesn’t intend to pressure anyone to be straight, however merely desires to assist them “discover their fact” — a thoughtful perspective that even partially appeases Jordan (Theo Germaine), a nonbinary teen instantly suspicious of Whistler’s method. As a result of this can be a slasher film, Whistler’s overly well mannered demeanor carries for the viewers an fringe of latent menace. It is a horror flick about L.G.B.T.Q. teenagers at a conversion camp, in spite of everything. There’s no manner it’s going to be that simple.

Whistler’s genial facade does finally slip, and “They/Them” ramps up the acquainted slasher violence, as a masked, ax-wielding maniac begins butchering varied individuals round camp. However Logan, who additionally wrote the screenplay, feels so averse to participating with the thorny political implications inherent on this materials — of getting to barter a forged of homosexual, transgender and nonbinary characters in a horror context — that the entire thing winds up seeming quite tame. Slasher films demand a sure willingness to be provocative, and even tasteless: a little bit incendiary zeal is important to the impact. “They/Them” desires badly to keep away from offending anybody, and takes pains to keep away from any motion that is perhaps thought-about problematic. Effectively, the end result might be inoffensive — a horror film with out blood pumping in its veins.